Sharing vs Non sharing and why can't CA have it?

January 5, 2022
...how much do you really know about the valves behind the wall that power your shower system?

Most of us don't really think that much about what goes behind our shower wall.  We are very familiar with choices relating to finishes, styles, but how much do you really know about the valve behind the wall that powers the whole system?  If your answer is nothing at all, you are not alone!

There is a lot to learn and understand to make the most informed decision when choosing a new shower system. This article focuses on the question of sharing and non-sharingvalves.  What are they, why should you choose one over the other and why are they restricted in some states?

First, let's discuss what they are.  Think about a shower system.  Older, traditional tub/shower systems typically have a shower head and a diverting tub spout.  Usually when you turn the handle, the water comes out of the tub spout and to move or divert the water up to the shower head you pull a lever on the tub spout.  This diverts the water upwards until the water is turned off.  This is a very economical and practical system, but it doesn't provide many options and many diverter tub spouts are less attractive than non-diverting ones. 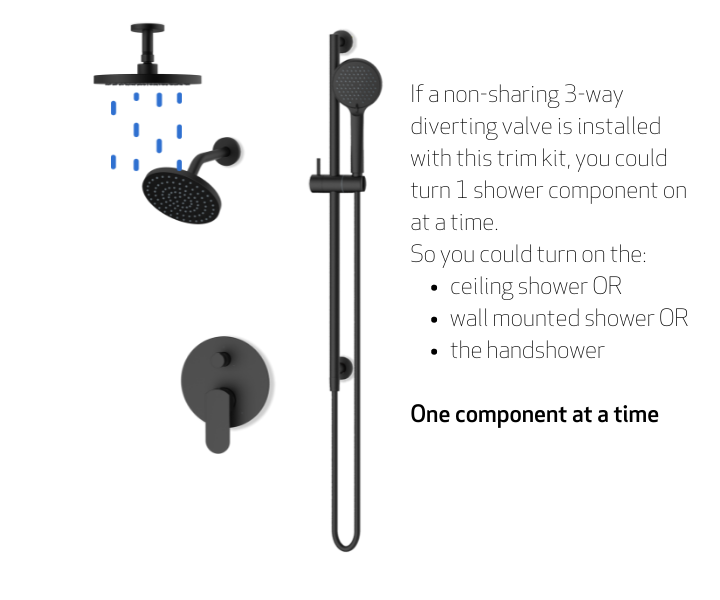 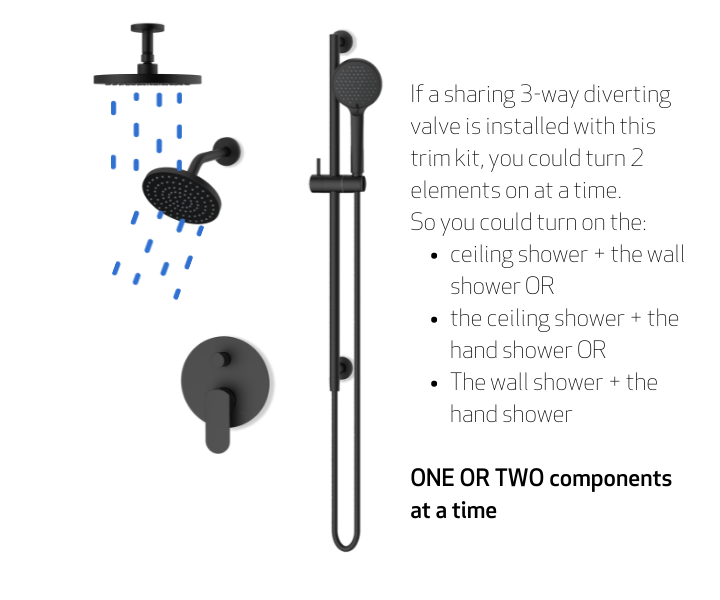 OK, that's the what, now for the deeper dive.  If sharing valves exist, why would you not want one?  Well, there are a few reasons:

Why would you want a sharing valve?

There may be other perfectly good reasons, but before deciding which is right for you, make sure to check out the code restrictions in your area!  If you are in an area that does not allow for sharing valves, most manufacturers are not legally allowed to sell or ship one to you. Even if you manage to acquire a sharing valve, if your codes do not allow for them, you could be asked to change them out before receiving final plumbing approval.  If codes allow you to have sharing, ask yourself, is this the kind of shower system that I really want; do I have enough hot water to make it useful and lastly, does it make sense from an environmental standpoint?

Once you understand the differences, the choice is up to you.

What are the pro's and cons of sharing vs. non-sharing shower valves?